Coming to you with another glorious cinnamon roll recipe, but this time they’re completely vegan, dairy free and taste like a cross between a Cinnabon and banana bread. WHO ELSE IS READY TO GET THEIR BAKE ON?

I’ve tested these approximately 5 times now to get the perfect fluffy results that will make you better than Betty, almost ask cool as Ina, and definitely as legit as Martha. (Hoping we all get these references.) 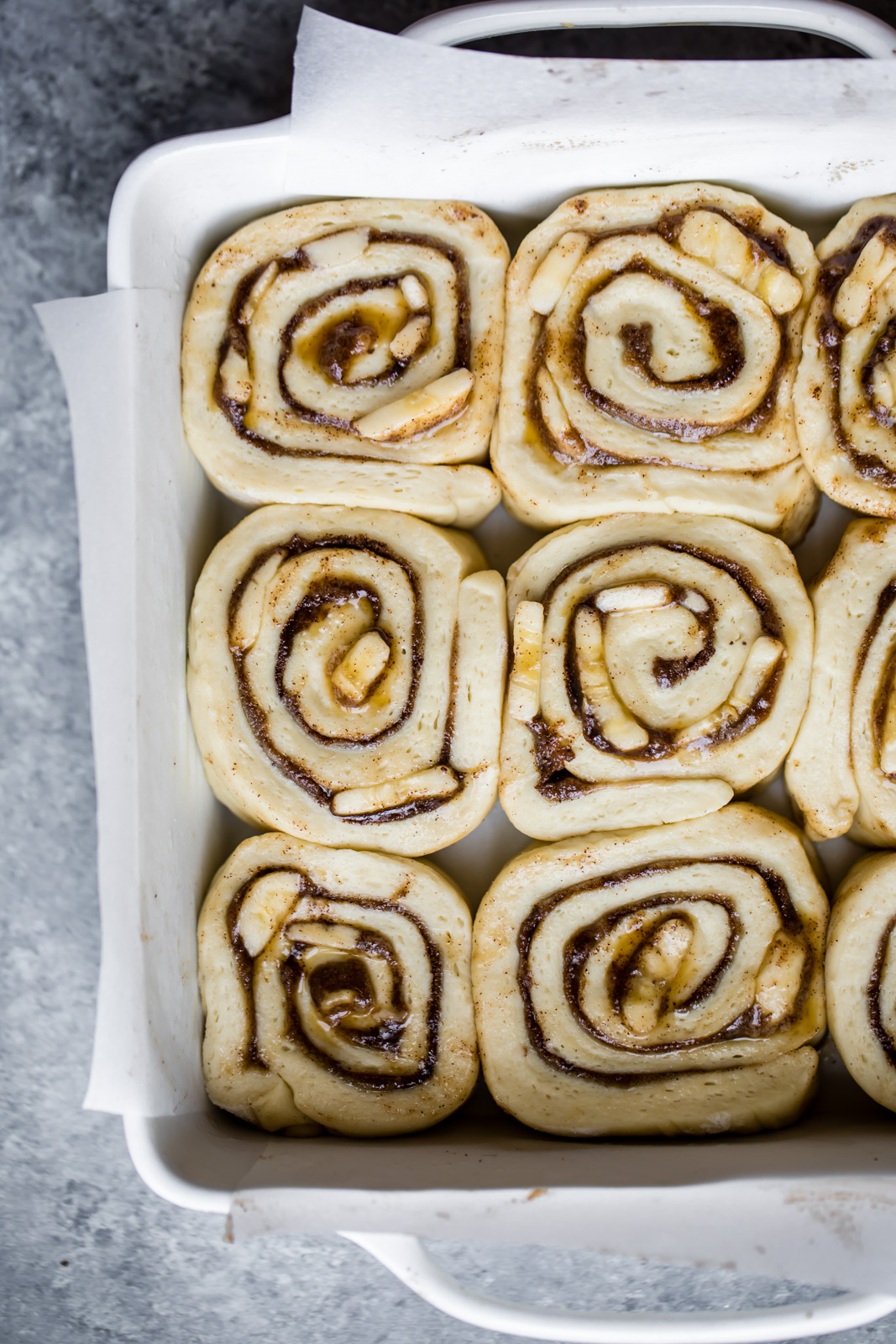 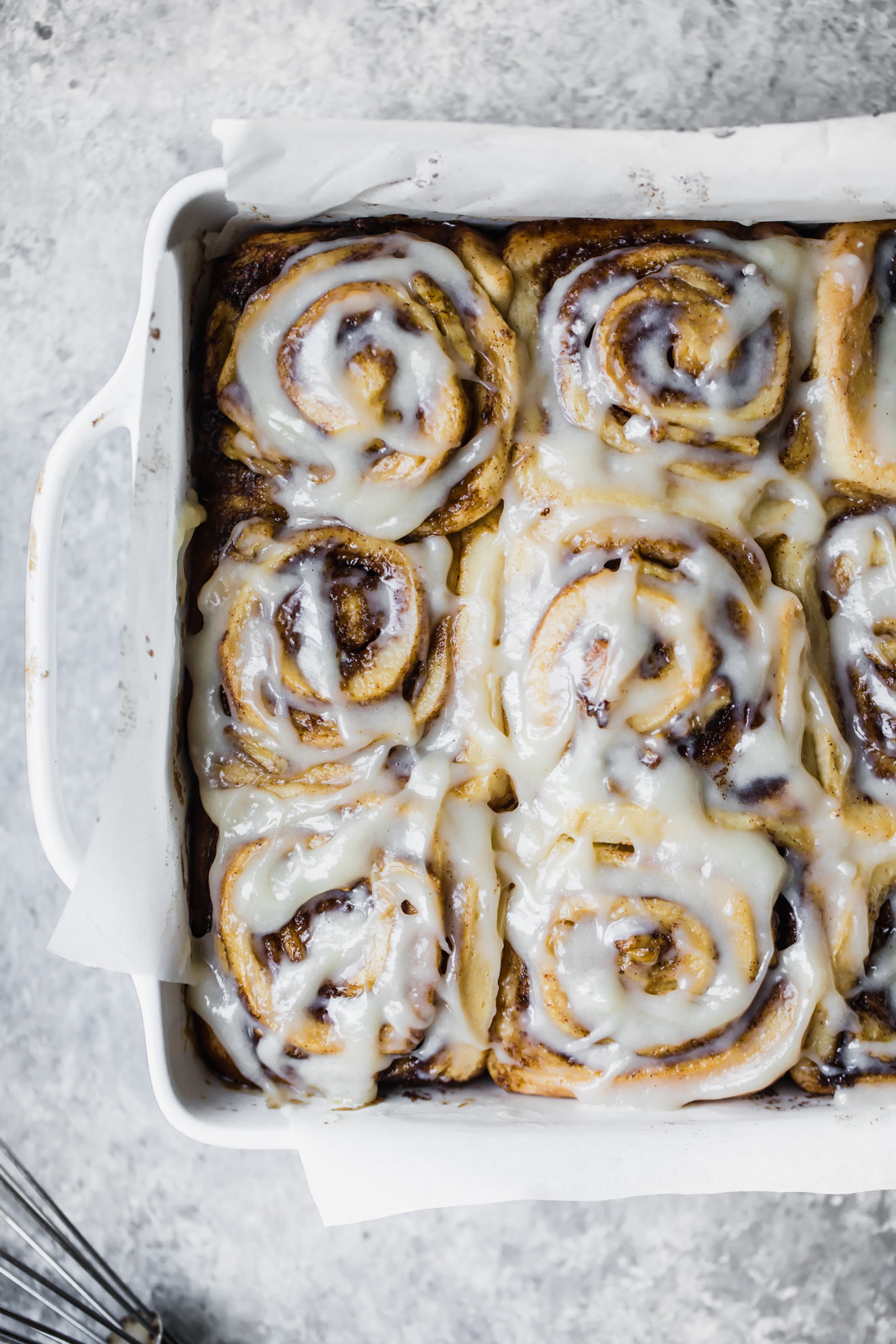 There are two types of yeast to choose from in baking:

How do you know when yeast is activated?

After adding yeast to warm milk you’ll typically watch and wait to see if the mixture bubbles. Then you’ll know that your yeast is activated. However, in this recipe (as I mentioned above) we’ll be using a quick rise yeast to make these vegan cinnamon rolls, which doesn’t have to be “proofed” before adding in the rest of the ingredients. You’ll simply add the yeast to your warmed milk and sugar (the sugar helps get the yeast started!) and continue on with the recipe. Easy!

How to measure flour for cinnamon rolls

Dip a flour scoop or large spoon into the container of flour and scoop the flour into your dry measuring cup. Do NOT pack the flour or shake the measuring cup so that the flour settles. We want some air in the flour (it’s nature’s leavener). Once you have filled the measuring cup to the top with the flour you’ve spooned in, take the edge of the four scoop of the flat edge of a knife and level the cup. You can check out my full video tutorial here! 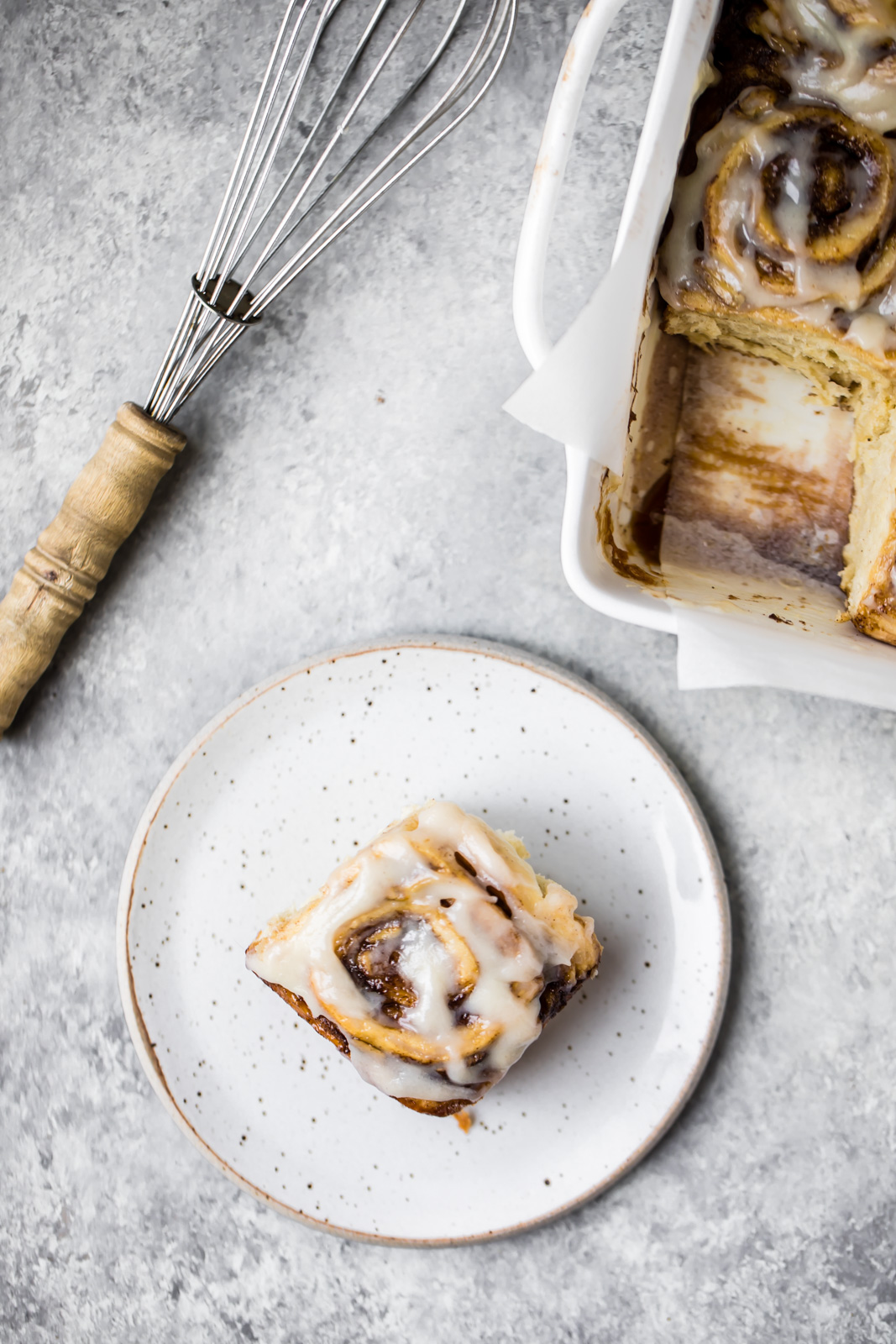 How to make overnight cinnamon rolls

After rolling your banana bread cinnamon rolls up, cut them as directed, arrange in pan lined with parchment paper, cover them with plastic wrap then place them in the fridge overnight. When you are ready to bake, bring the vegan cinnamon rolls to room temperature and let them rise for 45 minutes to 1 hour before baking as directed.

How to freeze vegan cinnamon rolls

Freeze vegan cinnamon rolls before baking: the dough should be frozen after the first rise (once they are rolled up with the filling in and cut). Place into a pan and cover well, then place in freezer. When you are ready to bake, let the dough thaw in the fridge — preferably overnight, then put in a warm spot for 30 minutes to 1 hour before baking to activate the second rise. Bake the vegan banana bread cinnamon rolls as directed.

Freeze vegan cinnamon rolls after baking: allow the vegan banana bread cinnamon rolls to come to room temperature after baking, then either freeze the entire pan, making sure they are well wrapped or covered in an airtight container, or freeze individual cinnamon rolls. When you’re ready to eat, defrost the vegan cinnamon rolls at room temperature, then warm them in the oven at 350 degrees F for 10-15 minutes. You can also warm them up individually in the microwave for 20-30 seconds (once defrosted). I prefer to freeze them before they are iced, and then frost them when ready to eat. The vegan cream cheese icing is also freezer-friendly! 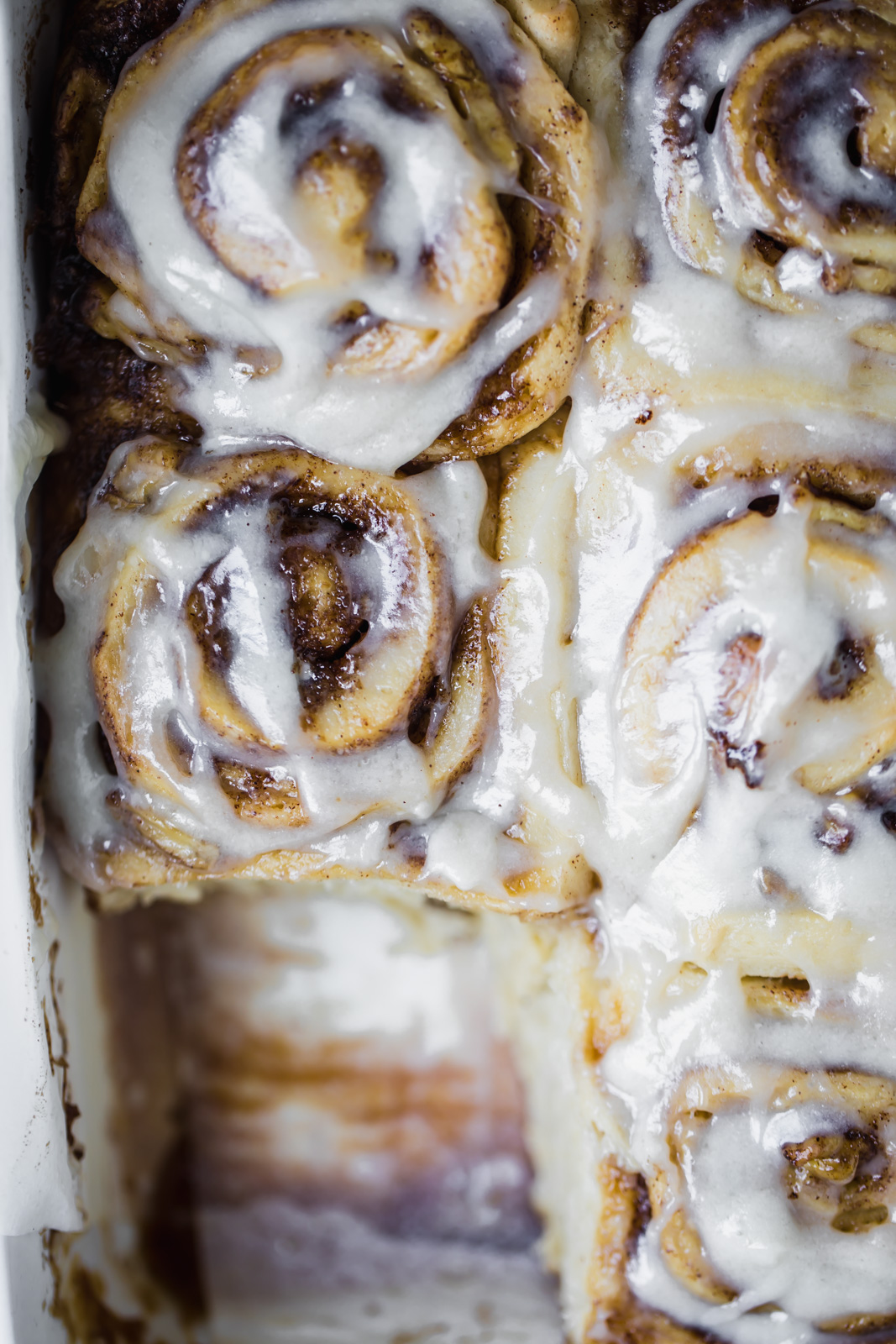 See how to make the banana bread cinnamon rolls:

I hope you love these vegan banana bread cinnamon rolls! If you make them, be sure to leave a comment below and rate the recipe so I know how you liked them. I really appreciate it, xo! 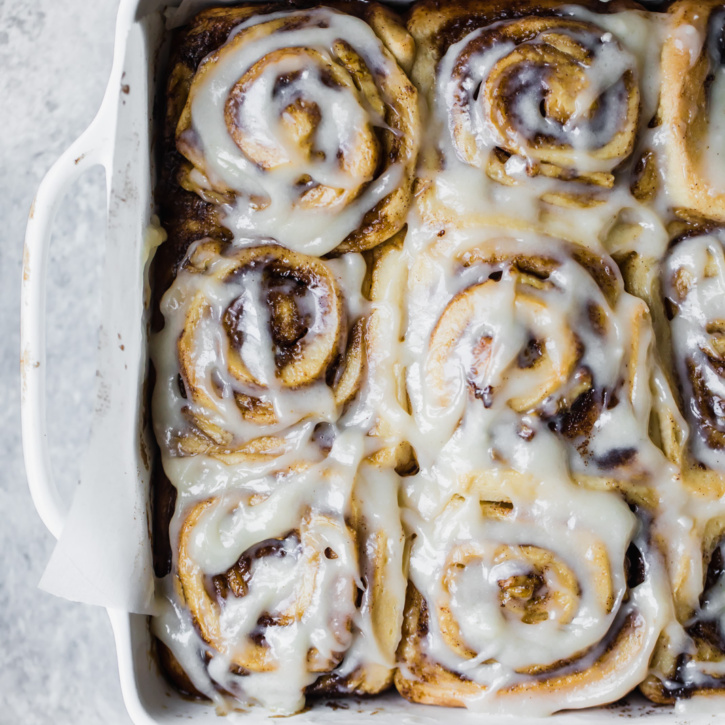 If you like a lot of frosting, I suggest doubling it!

To make overnight cinnamon rolls: After rolling your banana bread cinnamon rolls up, cut them as directed, arrange in pan lined with parchment paper, cover them with plastic wrap then place them in the fridge overnight. When you are ready to bake, bring the vegan cinnamon rolls to room temperature and let them rise for 45 minutes to 1 hour before baking as directed.

*Feel free to use regular butter and cream cheese if you are not vegan or dairy free.