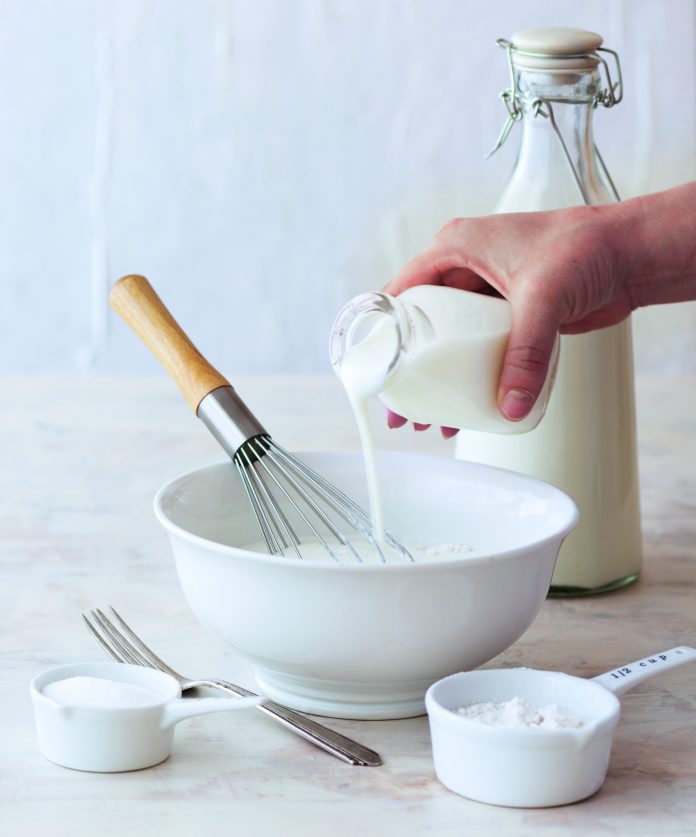 A WORD ON NONFAT, LOW-FAT, AND WHOLE BUTTERMILK

Buttermilk first originated as the portion left behind after butter had been churned from whole milk. Since the fat was removed as butter, the milk left behind was essentially low-fat or nonfat. Natural cultures would then take over, souring the buttermilk and creating its characteristic flavor. Today, most commercial buttermilk is cultured, similar to yogurt, by adding microorganisms to nonfat, low-fat, or whole milk.

Higher fat content may lead to a richer product; however, buttermilk is most often used in baking for its high acidity. Acids react with baking soda, causing carbon dioxide production and subsequent leavening of baked goods. Thus, low-fat and whole buttermilk can often be used interchangeably without great differences in the final product. We often see whole buttermilk in the southernmost states of the US, but if you are unable to find whole buttermilk, substitute with low-fat buttermilk or one of the substitution recipes below.

Don’t let a lack of buttermilk sour your baking plans. Some resourceful replacements could save the day. Buttermilk is favored for the tenderness and tang it gives baked goods. But for times when you’re out, give one of the following swaps a try. 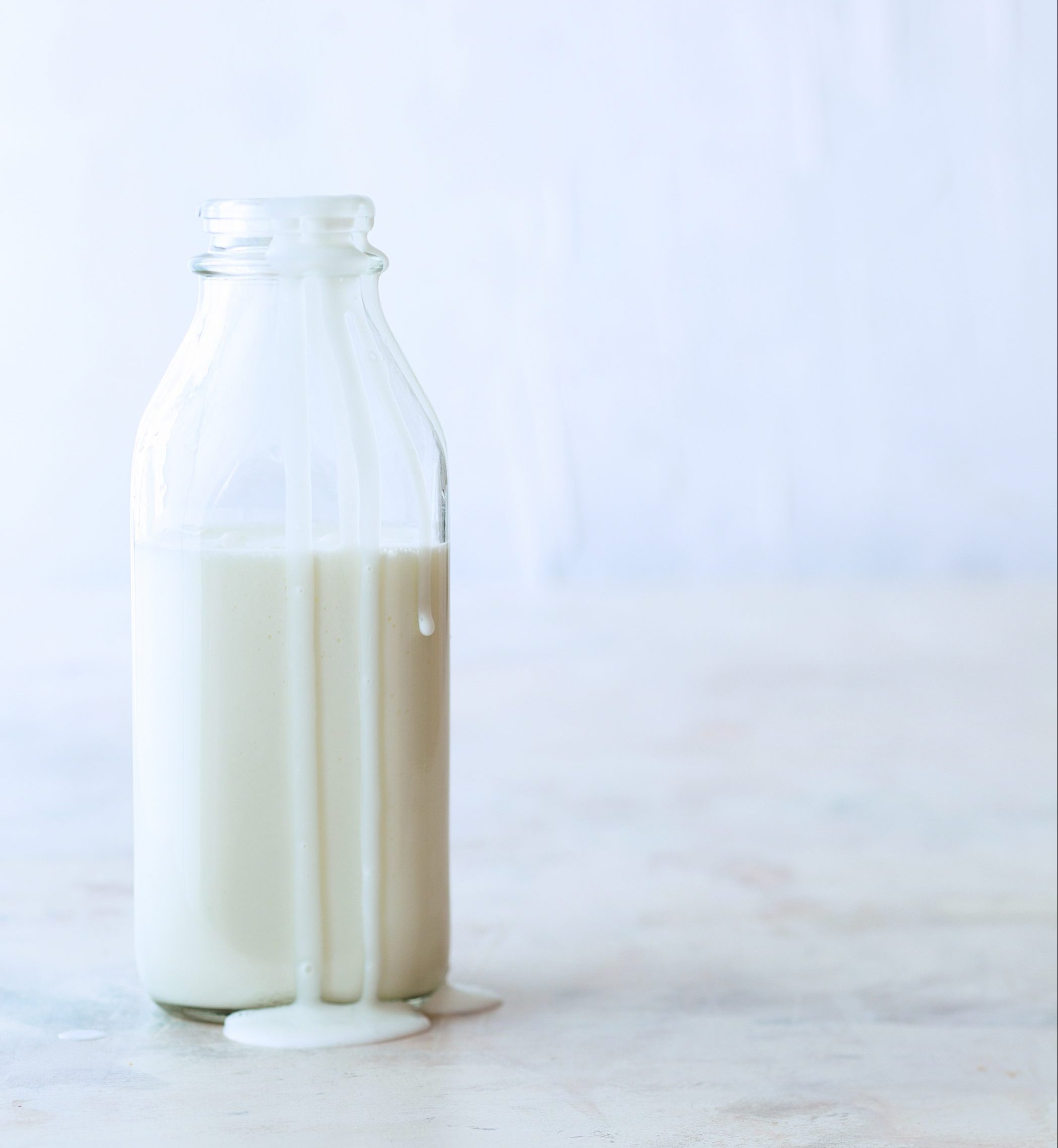